NATURE’S ANTI-AGING GIFT
From a harsh environment comes an exotic and beautiful fruit which possesses a highly effective agent that helps in the fight against aging. 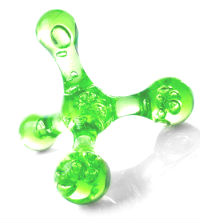 The dragon fruit, otherwise known as the pitaya fruit, exhibits a behavioral stage known as dormancy in which they protect themselves from unfavorable environments and growth conditions. At this stage cell replication is inhibited which is key to preserving the vitality of cells. Eventually they emerge rejuvenated during optimal conditions.

THE SCIENCE BEHIND DORMANCY
Cells have a limited capacity to replicate and as replication progresses the effect is aging. In recent Nobel Prize winning research, it was discovered that the limits of the number of cell division was defined by the telomeres, a region in the repetitive DNA at the end of a chromosome. This is a primary mechanism for aging on the cellular level and dormancy plays a significant roll in slowing this effect.

BENEFITING THE SKIN
Natural extracts derived from dragon fruits during their dormant stage enabled the benefits of dormancy and rejuvenation to translate well to the human skin. Comparison studies clearly showed the slowing of cell proliferation in human keratinocytes, the predominant cell type in the epidermis, with the presence of dormant extracts whereas no effect was observed from nondormant extracts. This allowed time for the epidermis to fully develop into a healthier, more complete skin layer. Similar results were also observed in a study with human fibroblasts.